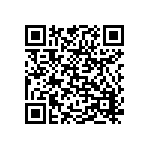 StorylineExplore the vast world of Nen and an epic story. Suffering from malicious thief and invaders from other continent. The world is going through a phase of disorder, and the world needs a hero like you. In order to put an end to the chaos, you must reveal your power of nen and group up with your partners to save the world.Takes on the Battle against the evilForm the ultimate team with up to 8 characters to overcome challenges and obstacles standing in your way. Arrange your partners in different positions to create the most devastating combinations form hundreds of abilities to crush your enemies.Nen Beast and pet collectionCollect various Nen beast and train them to enhance your nen power. Numerous adorable pets also await you to capture and train them to protect you from the threatening open world.
Will of Nen Histórico de versões do APK