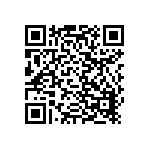 A new world is waiting to be conquered! With careful planning and proper strategy you will become a ruler of your own kingdom, taking it from humble beginnings to a true glory. Forge an empire in a MMO environment and attack your rivals in multiplayer mode. Lead your nation to victory in battles for loot and world domination. Forging powerful alliances you will become a king among kings, instilling fear in your enemies and admiration in your followers.PROVE YOURSELF AS A BUILDER OF AN EMPIREYou start in a land full of opportunity and treasure waiting to be claimed. It is up to you to devise a proper strategy and build your kingdom from scratch. You will start with just one structure, but with time your nation will thrive. An efficient home base is essential if you want to remain prepared for warfare and become a captain of a powerful navy.COME IN PEACE BUT PREPARE FOR WARUse your resources to become a force to be reckoned with. Create a powerful army of ships ready for naval warfare that will assure domination of your empire. When you are ready, plan your strategy and captain your ships to attack other players for treasure and glory in an MMO gameplay. Defeat your enemies and protect the wellbeing of your kingdom.BECOME THE LEADER OF A NATION OF WARRIORSCustomize your fleet with multiple weapons and embark to claim new loot. Explore distant lands and search the seas for treasure to loot and dangers to face. With newly obtained resources your empire will become even stronger - if the strategy of your attack is sound.BATTLE OTHER PLAYERS AND PROVE YOUR DOMINANCEWhile the land is ripe with treasure, yours is not the only nation looking to claim it. Be prepared to battle other players and clash with their kingdoms. Attack their ships, plunder their resources and use it to assure your domination in multiplayer. Only the true captains will prevail.IF YOU CAN'T DEFEAT THEM, JOIN THEM!A wise alliance can make all the difference in a battle. Utilizing an MMO functionality, join with other players online to gain strategic edge in an inevitable war for domination. Together your ships will be undefeatable.Game features: - Create your own empire to stand among the greatests - Become a true king through strategic planning and wise decisions - Utilize MMO gameplay to interact with other players online - Test your might in multiplayer battles against enemies from around the world - Claim treasures and resources to sustain your empire - Forge alliances that will stand the test of time
Legendary Dwarves Histórico de versões do APK