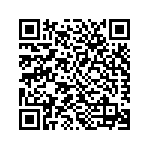 One of the best airplane game simulator. You might have played many jet plane games across the skies but this flight simulators is designed for plane landing simulators enthusiasts who want to become an airplane pilot. Steer your Flying jet from airport to up in the air, get you pilot mode on and get on the cockpit of plane to fly your favorite jet in plane landing games with the skills of airplane pilot simulators using landing gear at right time. Begin the amazing flying adventure of seaplane flying and airplane driving. Play this aircraft flying game to get flight takeoff and landing experience.This aeroplane game lets you take control of the entire airport and fly a wide range of aircrafts. Enjoy the new game of parking with your favorite air-plane. Park variety of airplanes include commercial planes, fighter jets and cargo planes aero plane on the runway. Drive carefully on runway and don’t crash with other parked planes. Spring holiday season has just started and foreign tourists have come to our beautiful country to visit enjoy seaplane flight simulators. While flying seaplane high in sky for tourist transport, witness beauty of blue sky & fresh blue water in sea planes pilot surf for cars with flying games. Transport cargo from one city airport to another. Get ready for ultimate plane simulation adventure through this airplane flying simulations. Plane take off game cannot match the adrenaline rush of this flying simulators. Explore the thrilling missions while playing pilot games. Initiate your driving passion as a professional pilot in this airplane new games 2018. Experience the most addictive turbo flight simulator games and become pro flight pilots. Take on the career of a pilot and experience the controlling and flying airplane aircrafts in the Xtreme flying sim. So buckle up to become a pilot and master your take off and landing techniques to become a pro. Through this airplane driving games, grow up your plane driving skills & become flight pilot pro. Slow your aircraft speed before landing on strip of airport and carefully pull down your speedy aircraft. Transport tourist as flight pilots in tourist transport simulator game.Run on the runway of airport and flew it from runway before getting crashed on the airport. Transport the passengers from one airport to another airport. If you don't have flying skills don't worry about it just play this game and you will learn everything about controls like landing gear, altitude, steering control, speeding pedal and much more, just get this flying simulator and you will become a expert flying pilot of big like Airbus 380. High quality graphics for the runway to escort the air buses are far better than many airplanes landing games. Aviator; you will also be tested on your plane parking expertise in takeoff game. Download this fly jet plane pro pilot flight best flying aircraft simulator of all time on your android devices for free.
Fly Jet Flight Airplane Landing Simulator Histórico de versões do APK